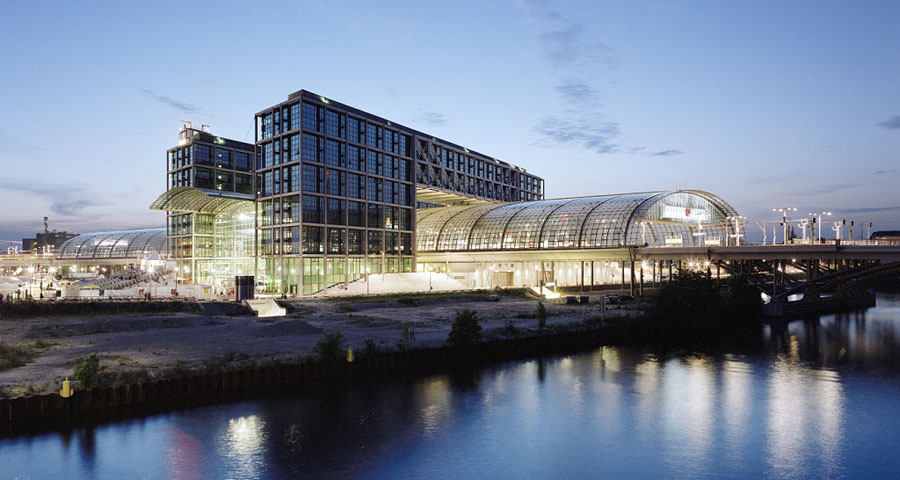 The architecture of the Berlin Central Station is delicate, spacious and bathed in light.

The Berlin Central Station is the largest and most modern railway hub in Europe. It was opened in May 2006 after a construction period of approximately eleven years. It was designed by Meinhard von Gerkan from the Hamburg location of gmp. von Gerkan, Marg und Partner Architects.

In the nineteen century, Lehrte Station was built for the railway connection between Berlin and Hanover. However, this station became less significant when German was divided. In 1951, traffic to Lehrte Station was ceased completely. Only a city rail station remained, which was demolished in 2002. The site of the former magnificent building is now part of Berlin Central Station.

The architecture of the Berlin Central Station is delicate, spacious and bathed in light. The building's transparent design and well thought-out navigation system make orientation easier. Travellers can make their stay there into an experience, and even residents stroll through the building. Attractive business on three levels welcome customers. Dining facilities invite visitors to relax before or after shopping. A DB Lounge is available for business and private travellers. Travellers who would like to drive to their next appointment themselves can pick up a hired car at the car hire, which is also located in the building.

The distinctive building has become one of Berlin's main sites with its two office towers, the arched structures. At 46 metres, they are even higher than the nearby Federal Chancellery. The arched structures tower over the East-West glass roof of the railway station like a frame. In total, the two arched structures encompass 12 storeys with approximately 50,000 square metres gross floor space. It was designed for office use only. Gira push button sensors in the E2 pure white glossy switch design were installed in the office building of Deutsche Bahn AG.

The glass concourse has a prestigious appearance. 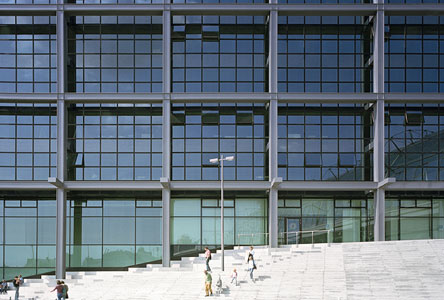 The glass facade suits the light and open architecture. 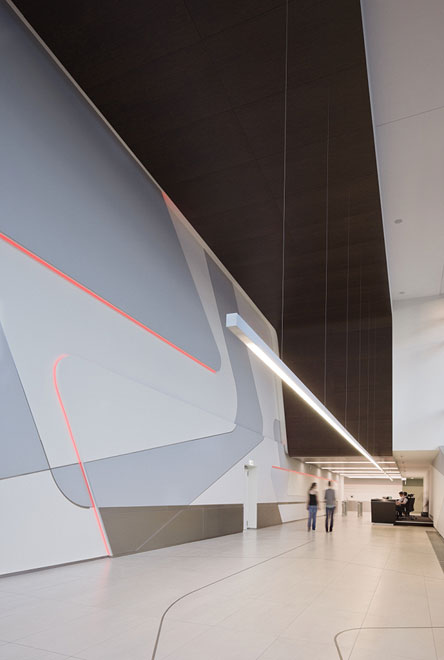 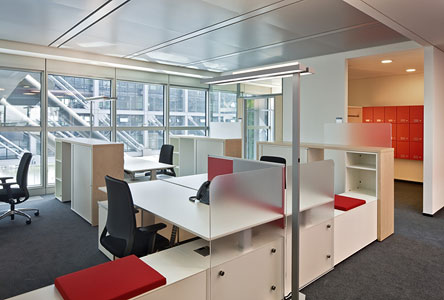 Modular expansion of the offices is possible. This means the greatest amount of flexibility possible for the employees.